In partnership with Microsoft’s AI for Earth, NBI Inc. led a project focused on the community impact of gas flaring. This work showcases the use of MS Planetary Computer in supporting the positive societal impact and justice related to climate change.

Gas flaring is the burning of natural gas associated with oil extraction, which introduces toxic pollutants such as sulfur dioxide and other hydrocarbons into the environment. While its potential impact on the environment and generation of greenhouse emissions that contribute to global climate change is understood, little research has been done into the potential impact of these emissions on the health of populations living nearby. With recent advances in machine learning and cloud computing, it is now possible to use satellite observations to link flaring volumes for specific sites and locations to possible harmful human health outcomes. 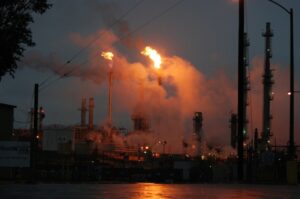 By using basic, conservative assumptions about the efficiency of the burn, overlaying geographic crude source assumptions, modeling weather patterns, and a plume dispersion model, links between flaring emissions and possible adverse health outcomes can be made. The results indicate that even 10-minute exposures to flaring emissions can have serious potential health effects for those living near flaring sites. 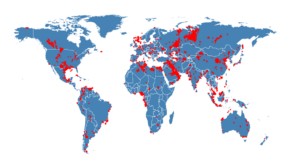 AEGL-1 is the airborne concentration above which it is predicted the general population, including susceptible individuals, could experience notable discomfort, irritation, or certain asymptomatic non-sensory effects. However, the effects are not disabling and are transient and reversible upon cessation of exposure.

AEGL-2 is the airborne concentration of a substance above which it is predicted that the general population, including susceptible individuals, could experience irreversible or other serious, long-lasting adverse health effects or an impaired ability to escape.

AEGL-3 is the airborne concentration of a substance above which it is predicted that the general population, including susceptible individuals, could experience life-threatening health effects or death. 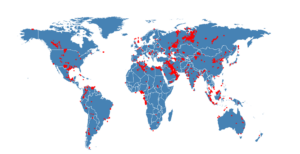 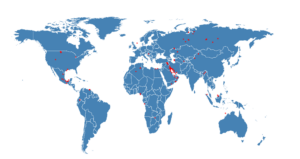 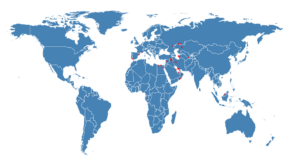 Calibration to the Total Volume 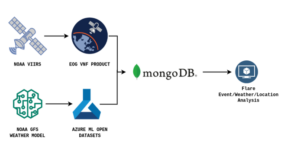 The data is ingested into a MongoDB database into a VnfEvent object and a Gfs object. The code examples in this repo are in Kotlin, but MongoDB bindings for most languages are available. Details of the data object structures are under the src/main/kotlin/dao folder.

There are 2 example analyses. AppMaxExposure shows an example of calculating methane equivalents for individual flaring events and using a simple Gaussian dispersion model to calculate worst-case contaminant concentrations along the primary wind direction at a distance of 1km from the source. AppVnfGeoExample shows an example of using country shapefile boundaries to assign flaring events by country.